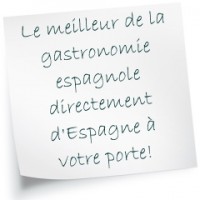 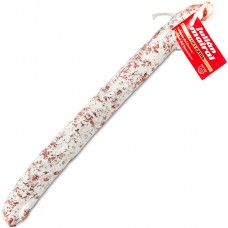 Fuet is a cured pork sausage, similar to the kind known as Longaniza Fina, and is made with finely minced lean pork and fat seasoned with salt, garlic, pepper and other spices. It is stuffed into a thin pork casing and is then left to cure slowly and naturally. During the curing process, the outer skin is covered with a fine white mould or 'bloom', which is largely responsible for the unmistakable and delicious flavour of the Fuet.

This product is typically made in Catalonia (Spain), and is similar in taste to the Italian Salami.

This Fuet is made by Julian Mairal, a family business founded more than 60 years ago in Barbastro (Spain), who selects only the best raw materials to prepare their products according to age-old traditional recipes. 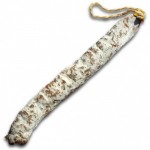 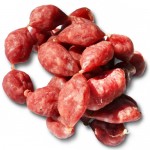 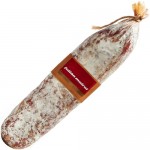 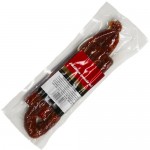